You are here: Home / About EarlyMenopause.com 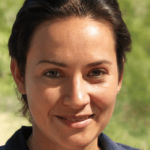 Sarah serves as the manager and editor of the Early Menopause website. She attended UCL — a constituent of the University of London and a global hub for medical research. Writing and education are her joint passions and she campaigns to raise awareness of early menopause / premature ovarian failure (POF) in the wider community.

Evidence-based publishing is a foundational principle of EarlyMenopause.com and always will be. Since the beginning, however, Sarah has strived to foster and build a real sense of community spirit over and upon that foundation. Going through this journey alone can be isolating and distressing. We may not have any family or friends who truly empathize with what we’re going through, and it may still be hard to open up, even with those who do. Dealing with a POF diagnosis is all kinds of difficult, and navigating the emotional challenges can be every bit as taxing to our wellbeing as the physical changes we go through.

So, remember, feel free to reach out to the team at any point. Also, drop in at Sarah’s diary and consider joining our Facebook support group. 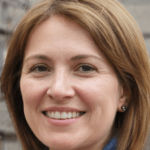 Susan is a fully qualified OB/GYN nurse with 11 years of clinical experience. She serves a key role here at Early Menopause as both an ambassador in our outreach and support programs, and as contributing writer. Susan also resides in England and shares a home with her husband and her two chocolate labradors.

Reach out to any member of the team via our contact form, feel free to comment on articles, and also consider joining Susan and the team via the Facebook community.

Our supporting cast includes a brilliant web team; contributing writers; and a network of forum members who together, make EarlyMenopause.com a special place for learning and mutual support. From our staff to our members and all in between, everyone involved with EarlyMenopause.com has an equally valued role to play in fostering this important and caring online community.

EarlyMenopause.com was founded in 1999 by Kathryn Petras, author of the excellent “The Premature Menopause Book”. Please note: Ms. Petras has no ongoing involvement with the site in any capacity. However, her original work and writing laid the foundations for today’s community.


Looking to contact Sarah or the EarlyMenopause.com team? You can reach us using our contact form. We are happy to co-operate with or provide interviews to members of the media seeking to publish informative articles on the topic of early menopause and/or premature ovarian failure (POF).


Like most women, I knew about menopause, of course.  It was something that usually happened to women in their 50s. It meant hot flashes, no more periods, an end to your reproductive years.  It was a natural part of a woman’s life that was far in the future.

And it didn’t have anything to do with me, since I was still much too young. That’s what I thought — but I was wrong.

At the age of 38, I learned I was going through menopause.  In fact, I was well into menopause and had been experiencing ovarian failure for many years.  Menopause — the cycle in a woman’s life when her ovaries stop producing eggs, when her periods begin to stop, when her hormone levels shift.  Menopause — something that typically happens at about age 51.

But menopause can and does happen to millions of women well before the “normal” age.  Actually, I was one of the older  women who has gone through this.  Many women experience early menopause — or premature ovarian failure — in their 20s, even in their teens.

According to research, approximately eight out of every 100 American women of childbearing years — about 3.9 million women — go through natural menopause before the age of 40.  A similarly high number enter menopause early due to surgery (removal of the uterus and/or ovaries) or due to chemotherapy or radiation treatment for cancer.

Early or premature menopause, then, isn’t nearly as rare as you might think.  All things considered, it’s a relatively common condition… but one with uncommon consequences.  There is more information on the different causes — and on what exactly early menopause can be on this site — in What Is Early Menopause? and the Causes of Early Menopause.

But regardless of the cause, the effect on your life is immense: You’re in your 20s or 30s — still a young woman by age standards — or even in your teens… and you’re facing something that usually would have happened decades down the road.

It’s a double whammy: your body is going through immense changes and your psyche, your self-image, is rocked.  And unlike older women who go through menopause at the “normal” time, you’re completely unprepared. Early menopause usually comes completely out of the blue.

This website is designed to help you cope with this unexpected change.


Our goal is to create a pleasant and supportive environment in which women can learn, seek reassurance and meet like-minded individuals with whom they can share their experience going through early menopause. Whilst the knowledge of medical professionals and the help of family are invaluable – we set out to offer a resource that helps you better understand the changes going on in your body, and to give you the opportunity to interact with your peers. We also try to equip you with the knowledge to make positive changes and gain further insight into the causes, symptoms and range of treatments available.

As well as supporting women going through early menopause / premature ovarian failure (POF) we also aim to help raise awareness in wider society of a condition that is both surprisingly common and potentially devastating to the individuals afflicted.

The information contained on our website, however, is not designed to be diagnostic, nor is it to be used to make treatment decisions. Only a qualified health professional can properly assess your health as an individual. We urge our readers to seek out a doctor and to attend regular checkups. Always consult your doctor before embarking on or changing a course of treatment.